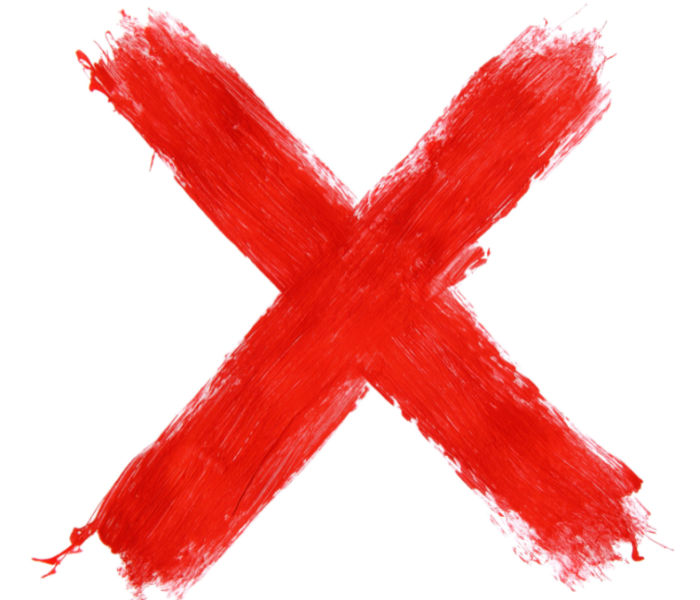 It might not come as a surprise, but there aren’t very many songs that start with X. However, the songs whose titles do start with the letter x are nearly all iconic tracks and mean a great deal to both the artists and their fans.

Take a look at our list below and travel through the genres to discover just how many great songs start with x.

Released in 2003 as part of Cradle 2 the Grave‘s soundtrack, DMX originally wrote this track for his fifth album, Grand Champ. When one of the producers of Cradle heard the track, he insisted that it be featured in the movie. DMX agreed and added two more songs to the soundtrack (in exchange for an executive producer credit). Since its release, “X Gon’ Give it to Ya” has been mentioned in a number of TV episodes, video games, and movies, including Deadpool, Forza Horizon 3, and HBO’s hit series Euphoria.

Bonus: “X Gon’ Give it to Ya Maybe” by Carly Rae Jepsen vs. DMX (Mashup)

This isn’t an official track, so it’s not really fair to count it on our list. But this catchy matchup works surprisingly well, and we just had to share it.

Next: Top karaoke songs for anyone to try out

“X” is a Latin-pop crossover between the Jonas Brothers and Karol G—the band’s second Latin-pop crossover of their career. This is the Jonas Brothers’ second Latin-crossover track, and features a remarkable Spanish verse by Karol G in the second half. As impressive as this song is, many people know this track because of its unique music video. Shot during the coronavirus lockdown in 2020, each artist is featured on phone screens, representing their commitment to social distancing while still keeping creativity at the forefront.

Next: Ultimate list of songs that start with K

3. “Xoxoxo” by The Black Eyed Peas

This 2010 track is unique in that it has purposely been autotuned so listeners can’t tell the difference between Will.i.am and Fergie during the chorus. He wanted to show people that it didn’t matter who was singing which part—the music itself is what mattered. This song was featured on their sixth studio album, The Beginning.

Next: The best songs that start with Z

This 2001 track is short and to the point: the Earth is overpopulated and humans will pay for it. You’ll hear the band’s lead singer, Serj Tankian, screaming the lyrics “We don’t need to multiply” and “We don’t need to nullify” throughout the entire song. When you take a look at the world as time passes, it’s almost scary how much more relatable this track is over the years when compared to the year it was first released.

Next: The greatest songs about death for grieving (our list)

Don’t let the story behind this song deter you from appreciating how beautiful it is. Following the theme of songs with a grim backstory, this song is about a friend of Billie Joe Armstrong’s, who had committed suicide. It’s also about Gen X and the struggles they might be facing. This might not be one of Green Day’s most popular songs, but it’s definitely one with an important message.

This 2016 track is part of Savage Mode, 21 Savage’s collaborative EP with his producer Metro Boomin. The lyrics talk about a lover whose behavior is about to turn her into an ex-lover. 21 Savage has since remarked that this track isn’t about any girl in particular, but more about all of the girls that have wronged him and continue to use people for their money and fame.

This song by Grammy-winning artist Billie Eilish talks about what it’s like when people around you are high on Xanax all the time. She’s stated that this is not a song to discourage drug use, but instead is one that offers a perspective on what it’s like for others when you’re a user and they aren’t.

This 2018 track was written for the soundtrack for the movie Black Panther—and its title even references the signature pose of Wakanda: arms crossed in front of the body like an X. The lyrics weave a number of movie references with Zulu cultural references to create an iconic song that will likely stand the test of time. Who can resist such a powerful theme to such an iconic movie?

This 2010 song is by Stone Sour and Slipknot frontman Corey Taylor. The lyrics poke fun at those who hate Christmas and can’t get through the holidays without a drink in their hand. He recorded the song in a single afternoon during a tour break in the UK.

This low-key song by the original Queen of Pop is about the singer’s existential crisis and how she overcame it to become a better version of herself. Released in 2003, this track was featured on Madonna’s ninth studio album, American Life, which was arranged in such a way that the mood of the songs comes full circle at the end.

Yma Sumac was a Peruvian-American coloratura soprano whose music was a pillar in exotica music in the 1950s. With a five-octave vocal range and risque music, she quickly became an international success. Eventually, she became one of the best-selling Latin American singers in history and the best-selling Peruvian singer in history—paving the way for Latin American singers and female artists who came in her wake.

This track is the title song of Michael Jackon’s posthumous album, released in 2014. This song talks about someone escaping from prison—a metaphor for the entrapment the artist felt within himself before he embraced originality.

“X.Y.U” has become a staple in Smashing Pumpkins’s setlist, and for a good reason. This song rocks harder than any other Smashing Pumpkins song, but it actually has a very heartfelt message: in the end, it all ends with U (you). Even if you aren’t a fan of Smashing Pumpkins, there’s no denying that this song deserves the praise it receives.

This song touches back to Outkast’s roots and embraces what everyone loves about early rap—it’s fun and explicit, but tells an important story that fans can relate to.

This incredibly long 1977 track features one of the longest instrumental introductions ever, with more than half of the song’s eleven minutes passing before the lyrics even begin. The song is an ode to an unfinished poem by Samuel Taylor Coleridge.

You might be most familiar with Liz Phair because of her 2003 top 40 hit “Why Can’t I”, a song about a girl who can’t be with a guy she likes because they’re both in a relationship. This lesser known song’s theme follows a similar premise—it’s about a man who craves intimacy and sex, and ends up looking outside of his relationship to meet his needs.

This track was released as a single, along with “Drunk in Love”, in 2003 from Beyoncé’s self-titled album. It immediately climbed the charts, as many of Beyoncé’s songs do, and showcased her stunning vocals in a captivating way. The music video, which shows Beyoncé and her friends running around an amusement park, was filmed by Terry Richardson, who also directed the video for Miley Cyrus’ “Wrecking Ball”.

You might be more familiar with this song’s remix featuring Jay Z, but M.I.A.’s 2010 dance hit stands the test of time well enough on its own. This track is about a girl struggling to find her identity in a world fed by the media that is constantly trying to tell her who to be and how to act.

Not to be confused with Madonna’s intimate song with the same title, this track from Foo Fighter’s debut album is about the art of getting by. This is the only song on the band’s debut album to feature a guest artist—Greg Dulli—who was one of the few people in history who witnessed the birth of the Foo Fighters.

This song is actually a hidden track on the band’s “A Head Full of Dreams” album, released in 2015. Featuring frontman Christ Martin rapping through a vocorder, this track was integral to the band rediscovering their sound and branching out in the way they recorded their music.

This poignant 2017 song features Kendrick Lamar rapping about life in the streets and the issues that Black youth face in today’s America. At the same time, U2 lays down vocals that talk about the American dream. The two styles collide beautifully to create a meaningful track that is unique and exciting.

This upbeat jazz track is featured on Hiromi Uehara’s 2003 debut album, and can only be described as upbeat and emotional. It is the perfect example of why this international artist is loved by so many, regardless of their opinion of jazz music.

What Do You Think?

Many songs that start with the letter x are simply titled “X”, but that doesn’t mean that these songs are all the same. This list represents the vast differences between artists and what their music means to them and their fans, and each track is worth enjoying regardless of where your tastes land on the musical spectrum.

Can you think of any other songs that we may have missed? Do you want to see a list of songs that begin with a different letter? Let us know!

Our favorite songs to choose for a funeral (funeral music tracks)