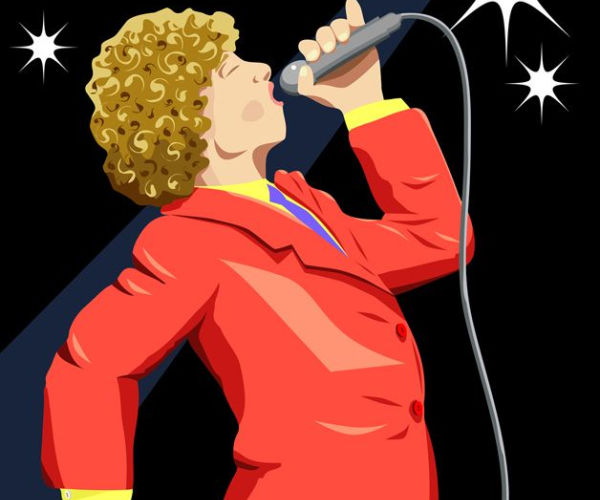 We’ve all had the dream: Our friends invite us to karaoke night, and we blow everybody away. People talk about our performance for years to come. That’s why in this list we’re looking at the best 70s karaoke songs to rehearse.

We found both upbeat and slow options because who knows which vibe you’ll want when the time comes? Better be prepared for everything so you’ll still be stayin’ alive all night.

This song has been a crowd favorite since its release in 1978. Be prepared for the whole bar to sing along, especially when you reach the famous refrain. You’re humming it right now, aren’t you? We don’t judge.

Next: The best karaoke songs playlist (our picks)

This 1973 song begging Jolene to not take your man breaks down all genre boundaries. Plus, the melody is pretty much the karaoke equivalent of the perfect dress. It shows off all the right stuff.

Next: Top karaoke songs for females to sing

If you don’t love singing along to Don Henley’s 1976 raspy jam about questionable activities at a strange hotel, you might not be human.

Next: The best songs for men to sing for karaoke

This song is long. Like eight and a half minutes long, if you get the full version. Don’t be turned off by that, though. Literally everyone wants to raise their glass to “Bye, bye, Miss American Pie.”

There could be an entire list of Queen karaoke hits alone, so take your pick. With this one, you’ll be sure to have your friends stomping and clapping along. Most of “We Will Rock You” is a capella, though, so get ready to really belt it out.

Want everybody to do more than sing along? How about getting them to dance? You have this power.

ABBA were the first winners of the Eurovision contest, and they went on from there to take the world by storm. This title is good for a little saucy fun.

Did somebody just bore the room to sleep with a slow, breakup ballad? You need Hot Chocolate, stat. Be the hero who gets everyone believing in miracles again. More than twenty years after this topped the charts, it was still dominating the radio and showing up in blockbuster films.

It’s silly. It’s upbeat. Everybody knows it. This Grammy-winning song checks all the boxes for best 1970s karaoke songs.

If you want to really let your gorgeous voice do its thing, give this a try. It doesn’t hurt that everybody falls in love to this one. Clapton famously wrote this ballad for his then-wife, Pattie Boyd.

Next: Our ultimate list of love songs for her

This tune has such a quintessential 70s feel that you’ll have everybody in the mood for disco and dancing in no time. Pro tip: You can sing this one solo! Just be ready to hit those gorgeous high notes that young Michael Jackson was known for.

You know why everybody loves this one. There’s something irresistible about singing “B-b-b-bennie and the jets!” What could be more 70s than a satirical song about the music industry during that decade?

Technically from the 60s, this song got a makeover in 1970 when Diana Ross recorded it. When the night needs some classic Soul, bring this one out and show everybody what you can do.

Trust us on this one. The bar manager will worry about noise complaints, as the entire building screams “ROXANNE!!” with you. This Grammy Hall of Fame song is instant fun.

You know what this night needs more of? Disco. And that’s exactly what you’re going to give them when you bust out this 1974 hit.

We can all agree that The Beatles broke up too early for everyone’s taste. Luckily for us all, Paul McCartney kept great music going in the 70s with Wings.

Speaking of the cutest Beatle (sorry not sorry), the night is simply not complete without this 1973 James Bond theme song. A little sexy, a little dangerous, and 100% catchy, it’s the one nobody knew they’d been waiting to hear.

Rod Stewart wrote this about a real experience he had with an older woman. Show off your bad boy rocker voice with this classic. If you can pull it off, you’ll be an instant celebrity among your friends from here on out.

This is one of the most popular Fleetwood Mac songs – for good reason. Sure, it tells the story of a band having interpersonal struggles, but it’s smooth and fun and great for singing at karaoke.

Here’s a tip: Songs that have memorable refrains and catchy melodies are the best way to pump up a crowd. “Brick House” has this magic combination and is a winner every time.

When the night is really rocking, you know it’s time for this one. It’s like Kiss knew exactly what everyone in the room would be feeling. It consistently appears on top rock songs of all time lists for good reason.

For when you like your karaoke sweet and simple, this song hits the spot. It’s uplifting and fun, too, so everyone’s sure to have a good time. That may be in part thanks to Bob Marley, who influenced Nash before he wrote this one.

We’re pretty sure it’s literally illegal to leave this off of any 70s music list.

Written as a response to Neil Young, this has become a Southern anthem. If any song has ever been sing-alongable, it’s this one. Just the opening chords are enough to bring people running in from other rooms to dance to the beat.

If your friends are drinking, they’ll enjoy a song about drinking. Trust us. Actually, trust Jimmy Buffet. He knows what he’s doing.

Here’s another epic hit that everybody knows the chorus to. Bonus: It’s a song about people hanging out in a bar together. Perfect for karaoke.

You probably know this one better as “Jeremiah was a bullfrog, “and it’s going to be a very good friend of yours as soon as you pick up the mic.

It doesn’t have to be all-disco, all the time. Let your glam rocker side free with one of the bests from 1973.

Nobody can rock a room like Stevie Wonder. But you’re in luck because his songs alone are powerful enough to put smiles on everyone’s faces. And while you’re at it, you can show off your own style.

Bring out the hard rock and one of the 500 greatest songs of all time, according to Rolling Stone. What kind of monster would leave this song unsung by the end of the night?

This undeniably funky song came into being when Wild Cherry, a rock band, had trouble booking gigs during the rise of disco. Honestly, we can’t complain.

Led Zepplin certainly wasn’t going to let rock music die in the 70s. If it’s time for everybody to get a little introspective and enjoy some mean guitar riffs, you need “Stairway.”

Surprise! You thought we weren’t going to list any Beatles songs, didn’t you? Maybe save this 1970 hit for the end of the night. It’s a great one to wind everybody down and send them home singing.