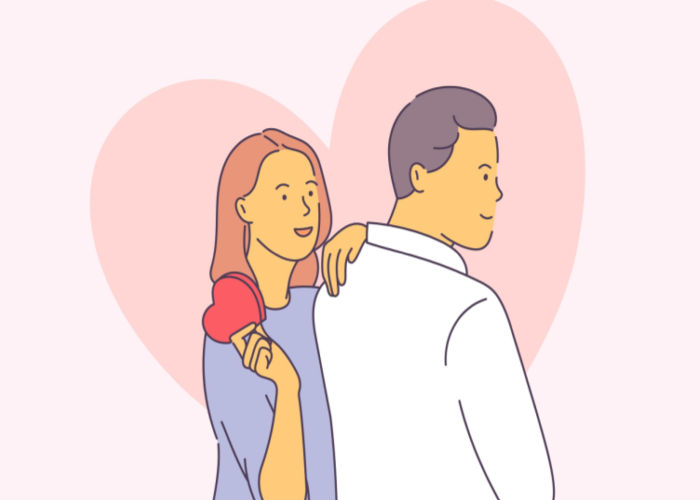 Many songs revolve around love. Some express breakups and heartbreak, while others are fully dedicated to the joyful feeling of love. When you are thinking of your boyfriend, it may be easier to express how you feel through music that says it all.

We have made a list of 35 dedicated love songs for your boyfriend to express unconditional love:

1. I Will Always Love You – Whitney Houston

“I Will Always Love You” was originally written and sung by Dolly Parton. Whitney Houston later covered the song as a soul ballad, gaining worldwide recognition and becoming one of the best-selling singles of all time. The song circles around how the singer will always and forever love the man she is with, depicting unconditional love.

Next: Greatest goodbye songs of all time (saying goodbye tracks)

Most known for its sample from Eminem’s song “Stan,” Dido’s “Thank You,” is a song about unconditional love. The song is soft and is written as a way to thank the person she is in love with.

The song would be Dido’s first and only hit song to reach the top charts.

Next: Best crush songs ever recorded (top songs about crushing on someone)

3. You’re Still The One – Shania Twain

Shania Twain’s “You’re Still The One,” is written as an unconditional love song. The song has a pop melody that is written as a way to show the singer’s love for her significant other. The song revolves around how their relationship has lasted much longer than expected and will continue.

The song “Maps,” by the Yeah Yeah Yeahs was written for Karen O’s boyfriend, the lead singer of the band. She had written it to express her unconditional love for him.

“Maps,” is most known for its music video that was consistently played on MTV and also was featured in the game “Rock Band.”

Madonna’s song “Crazy For You,” was released in 1985 and is known for being a song about obsessive and overpowering love. The pop song revolves around how the singer is in her room and thinking about how much she is in love with a man.

Next: Top sexy songs of all time (songs to have sex to list)

While the song revolves around a break-up, Jewel’s “You Were Meant For Me,” circles around a passionate attempt to express how much she loves and still loves her significant other. The song depicts how everything around her reminds her of him and how he is meant for her and he will hopefully realize it.

Next: The best secretly in love songs

7. Come Away With Me – Norah Jones

In Norah Jones’ single, “Come Away With Me,” the song circles around how she wants her lover to go with her everywhere and possibly run away. The song shows and expresses unconditional love. The song was written, produced, and performed all by Norah Jones alone.

Todd Rundgren’s, “Hello It’s Me,” is a popular love song that expresses unconditional love in its purest form. The song shows how the protagonist does not want their lover to change or feel that they need to do anything at all.

It was first released as a ballad by Todd Rundgren’s band Nazz, but later released in 1973 with a faster, more upbeat tempo. In 1973, the song became number 5 on the Billboard top charts.

Most known for being in the movie “Twilight: Breaking Dawn,” Christina Perri’s song “A Thousand Years,” circles around deep, heartfelt love. The song reflects on how she will always love her husband or lover and will for “a thousand years.”

Kate Bush’s single, “Hounds of Love,” revolves around how she hopes her significant lover will hold her and keep her close. She reflects on how the “hounds of love” are around her and how she may not know what’s good for her, so she hopes that he does not leave her.

One of Björk’s most well-known songs, “It’s Oh So Quiet,” is a jazz song that expresses love in a free and loud way. Björk expresses how love comes when it is quiet, and when she is in love, her world is loud and expressive.

Ingrid Michaelson’s indie hit “You and I” expresses deep love that will last for the singer’s lifetime. The song goes through what will happen throughout their life and how she will take care of her partner while going through day-to-day situations and tasks.

Yo La Tendo’s “Our Way To Fall” is a fantastic love song. The song depicts scenes from a couple’s dates and adventures together. It shows how they fell in love and how they will continue to be in love.

14. Kiss Me – Sixpence None The Richer

Sixpence None The Richer’s most famous song, “Kiss Me,” shows romantic feelings softly and innocently. The song depicts love in an unconditional state. The song is known for being in the romantic comedy movie “She’s All That.”

“Whole Lotte Love,” by Led Zepplin, is a love song about feeling love in a strong, full manner. The song was released in 1969 and is known for having one of the greatest guitar riffs of all time.

“Make You Feel My Love” was originally written by Bob Dylan, performed by Billy Joel, and later covered by Adele. The song depicts love in an unconditional form and states that they will love their partner forever without bounds.

Mariah Carey’s hit song “Dreamlover,” incorporates a hip-hop melody to express love in a deep and strong form. “Dreamlover,” is a song that expresses Mariah’s need to be saved by her dream-lover by showing her unyielding love.

18. Because You Loved Me – Celine Dion

Celine Dion’s “Because You Loved Me,” is a pop ballad that is dedicated to a loved one that has encouraged and protected her. In the song, the singer thanks the loved one for the supportive love that has made her into the person she is now.

“Time After Time” may be one of Cyndi Lauper’s most notable songs. The bright pop song expresses how she will constantly love her significant love throughout time. It would be the last song that would be written for Lauper’s 1983 album “She’s So Unusual.”

“As Long As You Follow,” by Fleetwood Mac is a love song written by Christine McVie and her husband, Eddy Quintela. It is known as one of the band’s greatest hits. The song depicts how the singer has been looking for a love that was always there for her significant other.

Todd Rundgren’s “Izzat Love?” is a song about love that the singer feels when with his significant other. The song is known for its upbeat tempo, giving off the feeling of joy or excitement. The song has a pop beat that has been sampled by many other songs since its release.

Sade’s 2000 hit “By Your Side,” is a song about lasting and pure love. The song incorporates rock and pop elements to create a love anthem. The song has been listed as one of the top love songs of all time by many publications, and rightfully so!

Sometimes regarded as one of the greatest pop songs of all time, “Be My Baby,” by The Ronettes depicts strong feelings of love at first sight. The song was placed in the Library of Congress to be preserved.

Originally recorded in 1967 by Frankie Vallie, Lauryn Hill covered “Can’t Take My Eyes Off Of You,” bringing the song back into circulation in 1997. The song is known as a love song with strong, romantic emotions.

Nat King Cole’s jazz song “L.O.V.E,” describes love and how he feels when he is around his significant other. Throughout the song, Nat King Cole spells out the letters L, O, V, and E and uses them to describe how he feels.

Originally recorded by The Ronettes, the Ramones covered “Baby, I Love You” in 1980. The song expresses how much the singer loves their significant other. The cover became one of the Ramones’ greatest hits on the United Kingdom Charts.

“Underneath It All” became one of No Doubt’s highest-charting hit songs. The song expresses how, after all the couple has been through, the singer still loves them “underneath it all”. The song has won a Grammy for its performance by the band’s frontwoman, Gwen Stefani.

Vanessa Carlton’s most notable and famous hit, “A Thousand Miles,” is an purely fantastic love song. The piano-driven pop song expresses how she will love her partner no matter the distance. The song was Carlton’s debut and received worldwide success.

“This Kiss,” by Faith Hill, is a country song about the strong, impactful love that the singer feels for her lover. The song is known as a crossover hit as it became high on the country and pop charts after its release. The song is known for its passionate and upbeat tempo and also its pop melodies.

Alicia Keys’ hit single “No One,” is a song that revolves around how she does not feel the love she feels for anyone else but her partner. She sings about how no one can get in the way of how she feels for her significant other. On its release in 2007, it became the sixth biggest hit of the decade.

32. You Got The Love – Florence and The Machine

“You Got The Love” was originally released by Candi Station in 1986. The song was brought back into circulation by Florence and The Machine in 2008. The song expresses how the singer can always count on their significant other.

The Cure’s “Just Like Heaven” was written by the frontman Robert Smith. He dedicated the song to his future wife from a trip they took to the sea shore. He focuses on how his time with her was “just like heaven.”

34. This Must Be The Place (Naive Melody) – Talking Heads

“This Must Be The Place,” by Talking Heads, is known as one of the best songs of the 1980s. The song was written by the frontman, David Byrne. It was intended to be a love song breaking from stereotypes and cliches of love.

The song revolves around how Byrne has found love and how it feels like home. The structure of the song is intended to be simple with funk rhythms.

The 1965 hit song “I Got You Baby” by Sonny & Cher is a love song written by Sonny Bono. The song became their signature song and became a defining song for the hippie counterculture.

It was the duo’s first single and was written for Cher in the couple’s basement. Sonny uses the song to express how they always have each other throughout their relationship.

That wraps up our list of the best love songs for your boyfriend. Choose one or more of these tracks to show your special man just how much you love him. Did we miss one of your favorites? If so, be sure to let us know by contacting us.