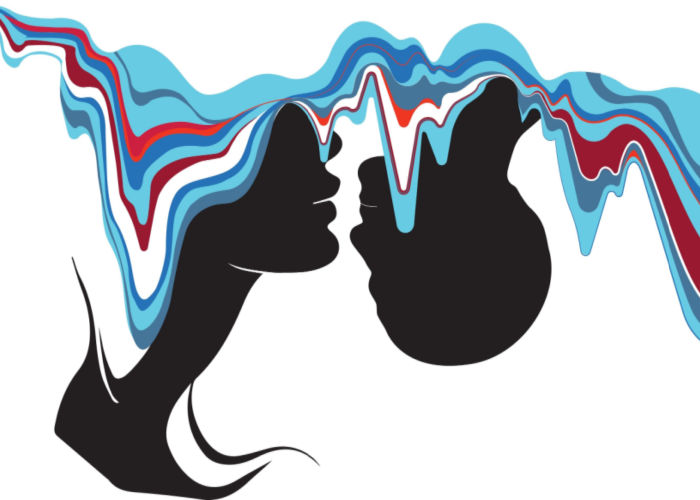 Many songs revolve around love that is happening, ending, or even forbidden or secret. Forbidden love songs follow the emotions of unrequited love that cannot be due to current relationships, social class, or distance.

I’m sure we all have heard many of the best secretly in love songs. We have created a list of 53 of the top ones for you to listen to:

The hit song by The Police, “Don’t Stand So Close to Me,” is a song that circles about a forbidden love between a teacher and a student. It was released in September 1980 on their album “Zenyatta Mondatta.”

Next: The best sex songs to get in the mood to (songs about sex)

While the point of view of the singer is not in the middle of forbidden love, “Mr. Brightside” by The Killers revolves around the singer’s girlfriend having a love affair. During this spiral of emotions, the singer depicts the paranoia of the secret love that involves his love interest.

In Rick Springfield’s hit song “Jessie’s Girl,” Springfield depicts a story about a man falling in love with his best friend’s girlfriend. The love is unrequited and unable to be fulfilled.

Next: Our picks for the best love songs for her

Written by Willie Dixon in 1960, the Doors recorded “Back Door Man” for their 1967 debut album. The song revolves around an extramarital affair.

“Call Your Girlfriend,” by the Swedish artist Robyn, revolves around a woman who is asking her new lover to break up with her girlfriend.

In Fiona Apple’s “The First Taste,” the song portrays a woman waiting for the man to make the first move. However, the love is a secret and she has yet to confide in him.

Next: Top songs about crushes and catching feelings for someone

Originally written by the duo Delaney and Bonnie in 1969, “Superstar” became known for the Carpenters’ cover of the song. The song revolves around an unrequited love that depicts a person who has fallen for a band member and has become a groupie.

Madonna’s song “Forbidden Love,” is about exactly what it is titled. The song revolves around Madonna being involved in a spatial relationship that is not accepted in regular society.

Next: Top boyfriend love songs (romance songs for him)

“About A Girl,” is a Nirvana song that depicts a relationship that is unrequited. The protagonist is constantly waiting for the girl and wanting her, but she is never there.

Next: Top songs about patience of all time

Björk’s “Pagan Poetry,” on her album “Vespertine,” revolves around a woman falling in love with a man. While she does love him, she keeps it a secret rather than confessing her love.

In Todd Rundgren’s “A Dream Goes on Forever,” the song depicts a man who is in love with a woman he will never see again. However, his dream will continue even though the love was unrequited.

12. Angel of the Morning – Merillee Rush

The song “Angel of the Morning,” has found itself covered by many notable artists. However, it first came into the limelight through Merilee Rush. The song revolves around a love affair that will not continue or is forbidden.

Next: Great karaoke songs for women on girls night

“Was Checkin’ Out She Was Checkin’ In,” by Don Covay is a vibrant song revolving around a man being involved in an affair only to find out his girlfriend is also having an affair.

14. Papa Was a Rolling Stone – The Temptations

The 1972 hit by The Temptations, “Papa Was a Rolling Stone,” revolved around their now-dead father who was known for not being able to settle down with their mother.

Next: The best Karaoke songs to sing tonight

“Amor Prohibido,” translates to “Forbidden Love,” in English. The song by Selena is about a young girl who is in love with a boy outside of her social class.

The Smiths’ “I Want the One I Can’t Have,” is a forbidden love ballad. The song is about a man who is attracted to someone that he can not be intertwined with, as the name suggests aptly.

“Lovesong,” by The Cure, was written as a way to express love even when it is not around. While love is secret, it is momentarily unrequited due to distance.

“Dreams” by The Cranberries revolves around falling in love, but it is only a dream and not truly expressed.

The song “Bleeding Love,” by Leona Lewis, portrays a woman who is constantly “bleeding love,” for someone who does not express it back.

Next: The best songs for alto singers to sing (our picks)

The punk band The Sugarcubes wrote “Hit” as a way to describe falling in love when it is unexpected and unwarranted. The love remains a secret as the protagonist does not want the feeling.

“Hand in Glove,” by The Smiths, portrays a person who has fallen in love and he does not care to show it. However, love is “hidden by rags,” as if it is forbidden.

The song “Crash Into Me,” by Dave Matthew’s Band is most notable for its infatuation lyrics. The song revolves around a man who is in love with a woman who is no longer in love with him.

23. Saving All My Love For You – Whitney Houston

The controversial hit “Saving All My Love For You,” by Whitney Houston, revolves around a woman who is waiting for her married lover.

The Beatles’ song “Run For Your Life,” is notably hostile towards a lover who is wanting to be with another man. The paranoid protagonist runs through the emotions of jealousy throughout the song.

Chris Isaak’s most famous song “Wicked Game,” depicts a man who is falling in love but does not want to, as the love is unrequited and just a “wicked game.”

Radiohead’s debut single, “Creep,” revolves around a man who is in love with a woman that he sees as better or more special than him. He does not feel that he belongs in her presence.

The emo band, My Chemical Romance, found their way into forbidden love when writing “Cemetary Drive.” The song depicts a person who has fallen in love with someone who must go and will not be there with them.

“She Don’t Have To Know,” by John Legend, centers around a man who is having an affair with another woman.

The song “The Kiss” by Carly Rae Jepson, portrays a woman who is falling for a man. In the song, both protagonists are in separate relationships.

In Avril Lavigne’s hit, “Girlfriend,” the song revolves around a girl who has fallen for a man who has a girlfriend. She insists that they break up so they can be in a relationship.

“Into You,” by Ariana Grande, depicts a woman who has yet to tell a man that she has feelings for him. She keeps her love a secret as she waits for him to make the first move.

In one of Prince’s first hit songs, “I Wanna Be Your Lover,” Prince sings about how he treats a woman he is in love with better than all the men she dates. However, the love is not reciprocated.

Tegan and Sara’s, “Closer,” writes about ambiguity in a relationship, before love has been confessed. While the love is not forbidden, it is a secret.

“If I Fell,” by The Beatles, details a story about a man who has fallen in love while still in a relationship with another woman.

Little Mix’s “Secret Love Song” is written as a forbidden love ballad. The lyrics detail a story about a love affair.

George Michael’s “Kissing A Fool” revolves around a man who falls for a woman that did not reciprocate because of what other people had told her.

“Trying To Love Two,” by William Bell, was released in 1977. It is a song that revolves around a love affair while the protagonist is already married.

38. Sally Go ‘Round The Roses – The Jaynetts

The 1963 hit song, “Sally Go ‘Round The Roses,” by The Jaynetts, revolves around heartbreak over cheating.

“Can’t Do A Thing,” by Chris Isaak, is a blues song that revolves around a singer’s unrequited love for a woman.

The Cardigans’ “Lovefool,” is quite a recognizable song that revolves around unrequited, secret love. The singer begs the man she is in love with to love her back.

The song, “Foolish Games” by Jewel, details emotions revolving around an intense love that is not reciprocated and unrequited.

42. You Belong With Me – Taylor Swift

Taylor Swift’s song, “You Belong With Me,” details how she is in love with someone who is out of reach or belongs to a different social group, making the love forbidden.

“Breaking Up Somebody’s Home Tonight,” by Ann Peebles, revolves around how she is in love with a married man. She wishes to “break up” his home to be able to express her love.

44. The Girl of My Best Friend – Elvis Presley

Elvis Presley’s song “The Girl of My Best Friend,” details how Elvis is quite literally in love with his best friend’s girlfriend.

The song, “Closer Than You Might Believe,” by Alanis Morissette revolves around how she is in love with a man who is searching for love from other women, but she loves him the way he wishes to be.

Next: Great songs for saying goodbye to someone you love

In Pulp’s “Like a Friend,” the song revolves around taking back a former lover, where the love is unrequited.

Next: The best songs about missing someone you love dearly (ever recorded)

“Diary,” by Alicia Keys, revolves around how she is in love with a man and they both have to keep their love a secret.

“All I Wanted,” by Paramore, is a song that revolves around a love that is unrequited and all the protagonist wants to have.

Halsey’s song, “Strange Love,” is written about a love that was kept secret but continued to bring the protagonist pain.

The song “Magnets,” by Disclosure and Lorde revolves around a love that is ending but the protagonist wants it to continue, making it unrequited.

Amy Winehouse’s song, “Just Friends,” is about how she is in love with someone but would like to just be friends with him. He is looking for love with another woman while still being involved with Amy.

Fiona Apple’s 2020 song “I Want You To Love Me,” revolves around how she loves someone who has yet to notice. She details how she will wait for him until he loves her back.